THESE PICTURES ILLUSTRATE THE EPISODE (nine) OF THE JOURNAL BELOW. It’s such a long-winded process getting the pictures here that I always end up doing the words first as they take minutes to the photos’ hour and a half! I expect it’s the way I do it, of course…

Victor at his sewing machine

Shamilla made herself a halo. Rico actually took this, I can’t take credit!!

On the road round Mount Elgon back to Sipi

The ‘road’ to Sipi seems to get longer these days 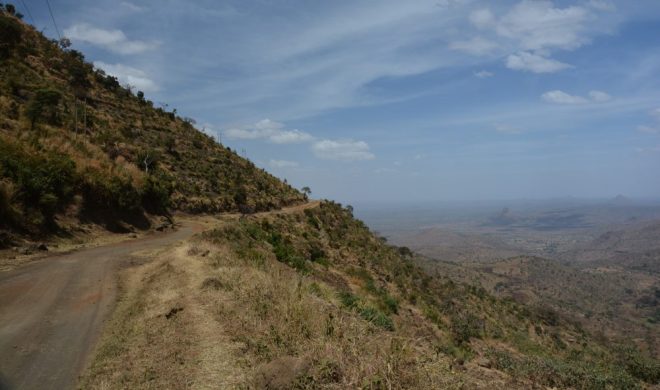 The view of the central plains of Uganda is terrific though

With a minimum of resources but great imagination, Precious turns a broken shack into a hotel room!

The ‘super moon’ at Sipi. A great place to view the heavens 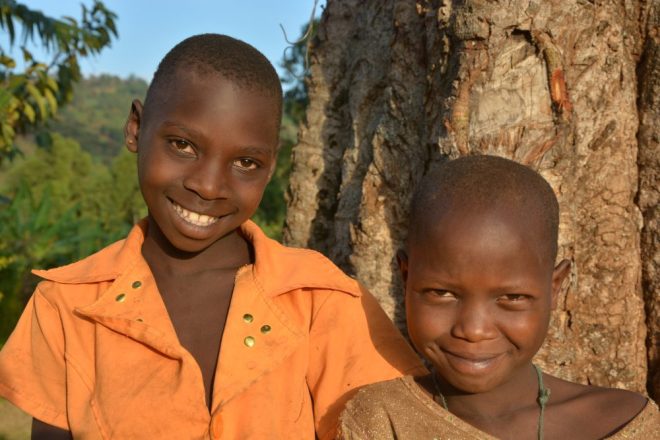 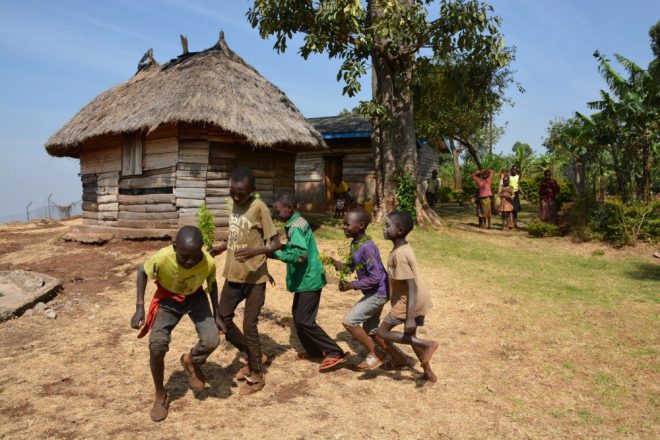 The Sipi boys dance and sing their circumcision dance. They seem to look forward to the day…

You don’t stop long to take a photo. Elephants don’t like the sound of motorbikes!

Grazing by the Nile

They were that close. This was my track. Best to take the photo, then ride by! 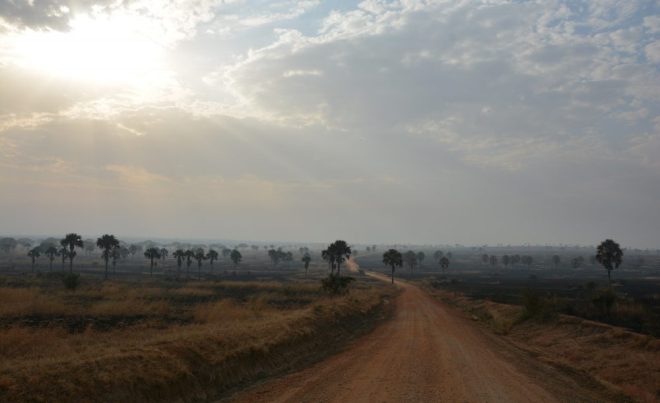 Murchison Falls National Park, morning. The undergrowth is burned to encourage new grass for the animals 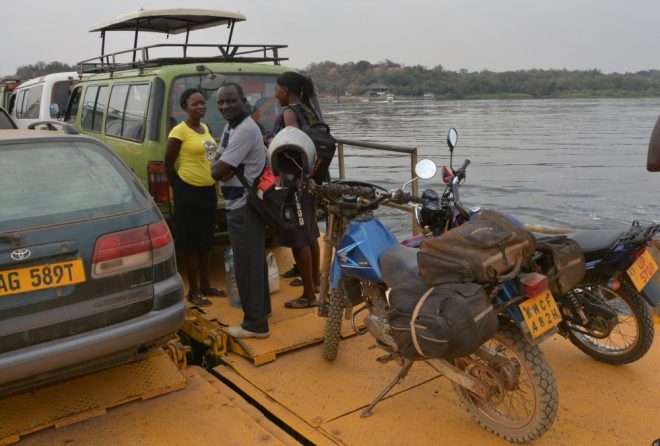 Crossing the Victoria Nile on a pontoon ferry.

The whole Nile pours into the Murchison Falls, in places forced into a six metre chasm…

The Nile continues into Lake Albert, on its way to the Mediterannean

The old colonial Masindi Hotel. Guests include Ernest Hemingway, Katherine Hepburn, Humphrey Bogart and Jonathan Bean (in the cheap rooms at the back!!!)

This site uses Akismet to reduce spam. Learn how your comment data is processed.